The history of the Susquehannock Region AACA goes back to the early post World War 2 era. As the interest in antique cars began to spread over the land in those years, the Williamsport area was no exception. A small group of folks here in our locale began to get to know each other through their common interest – old iron. The group gravitated to the service station operated by Ferd Page who was also an old car  enthusiast. Ferd belonged to the Allegheny Mountain Region of the Antique Automobile Club of America. He even had an antique car! This, of course, attracted others with the desire to learn more about this new hobby.

In 1963 a local group of promoters decided to have an antique car show. They soon found out about the small group of interested folks centered on the Page Service Station and enlisted them to the idea of a show. Working together, they brought about the 1st Annual Williamsport Automobile Show. The show has been held every year since then and after several changes in location, settled into the present location ‘on the Quad’ at Lycoming College in Williamsport. As a result of working on the show, interest increased in forming a local organization of old car fans.

A charter for the Susquehannock Chapter of the Allegheny Mountain Region of the Antique Automobile Club of America was granted on October 8, 1964.
After thirteen years of growth and progress, the decision was made to change the organization to an AACA Region. On February 3, 1977 a charter was granted to the Susquehannock Region AACA.
Over the years there have been many tours, shows and events held by our antique car club. Two of the highlights of our history have been the 1994 AACA National Spring Meet and the AACA Grand National Meet held in the year 2000. In 2011 we sponsored the Vintage Car tour for cars 1937 and older. And in 2016 we are hosting yet another National Meet at Penn College here in Williamsport. 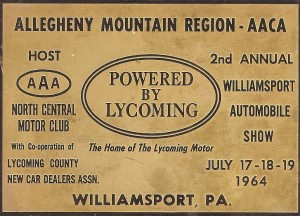 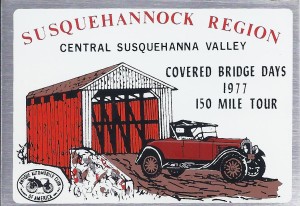 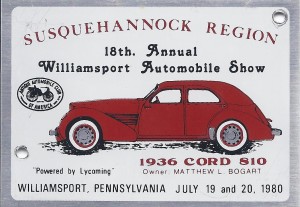 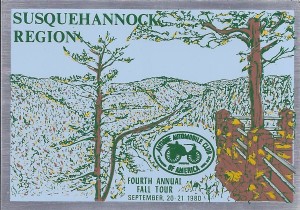 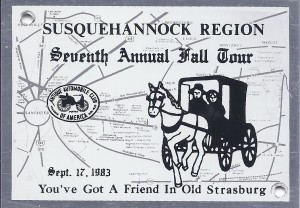 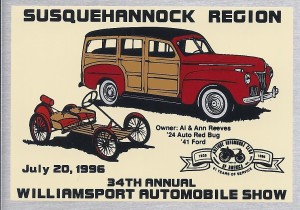 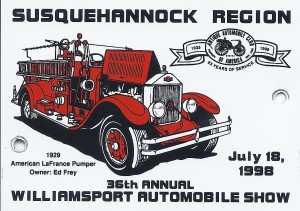 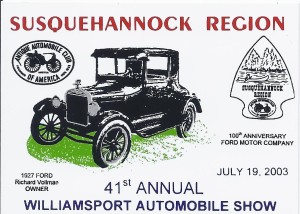 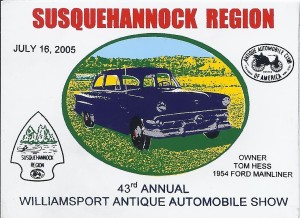 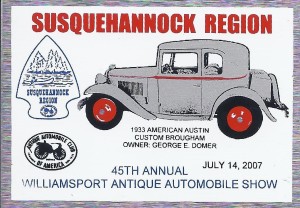 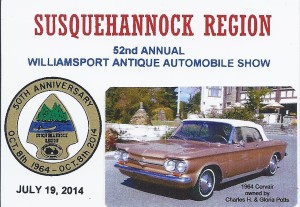